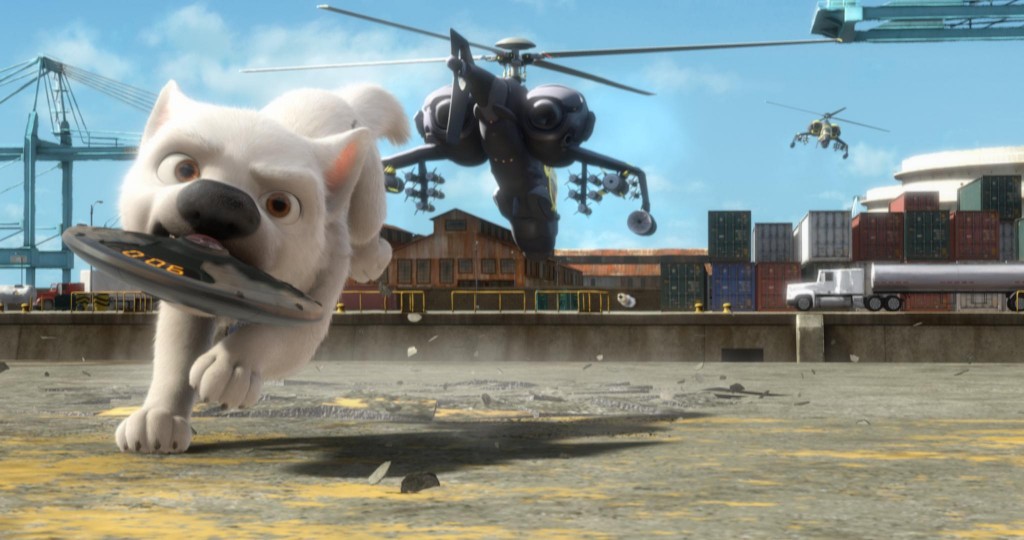 I try to always be aware of the world around me, especially for the benefit of the improvement of my 3D visualization efforts. Sometimes inspiration comes in the most unassuming forms.

Having 3 small kidlets puts you eye level with a world that isn’t designed for you. Sure, adults paid for Frozen in droves and Legos are probably more for grown-ups these days than children. However, you can only listen to “The Wheels on the Bus” about forty five times before you can’t help but memorize the words and wonder how it applies to your life.

One of my favorite parts of parenthood these days are the great animated films created with a focus on kids but ultimately by adults and with adults in mind as well. Bolt by Walt Disney Animation (not created by Pixar but part of the same Disney company that now owns Pixar) is one that I’ve probably watched 1.3 times and listened to about seventy three times and, actually, mostly enjoyed.

It wasn’t until recently that I understood how beautiful this film stands as a tribute to special effects in civil engineering. Large portions of the film are set in urban or suburban locations with vast swaths of infrastructure modeled and wonderfully textured.

Everything in this movie pales, however, in comparison to the chase scene at the beginning of the film. The main protagonist and her dog race through a city (kind of like San Francisco, but I don’t think it is exactly) chased by and chasing bad guys navigating with a variety of vehicular modes of transportation which include motorcycles, helicopters and hummers. They race through streets and over and under bridges- around cars and buses and across the city.

There are a few things that caught my attention about this scene:

And finally, don’t take my word for it. I hope you will enjoy the work embeded below this post!