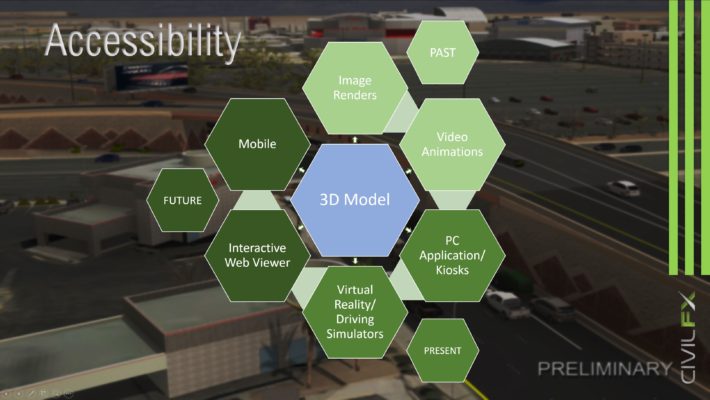 A presentation given by Sam at the local APWA conference in Laughlin, NV April 2019. Sam talks about the future of 3D visualization and how his team has successfully brought Vissim data into interactive design visualization.