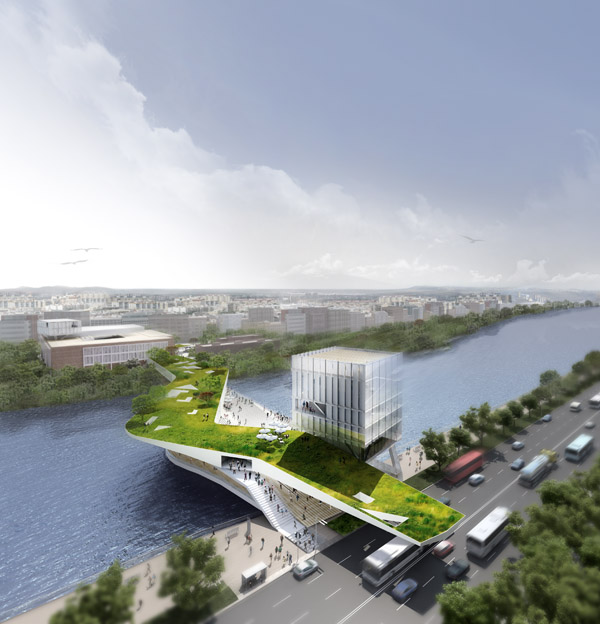 Update: I’ve had a change of heart on visualization terminology

While there are many challenges we face when visualizing civil engineering data, there is one challenge above them all. This issue is so important, in fact, that it needs to be understood before the communication of what we do can even start.

If you haven’t guessed yet, the challenge is what to call this ‘stuff’.

It’s not that no one is talking about it or that there aren’t names because heaven knows that isn’t the case. The challenge lies in the fact that it goes by too many names and, for the most part, there doesn’t seem to be a general consensus on what to call this process.

No one is to blame for this problem. I know when I first started using InfraWorks to model a Diverging Diamond Interchange I called it 3D animation which is just down right inaccurate. Others have called it many other names and I have started to form a list:

… and a bunch of other combinations of the above.

While each of those terms may have some descriptive truth, none of them accurately conveys the process of modeling CAD data in 3D for the purpose of communicating design. For example, saying simulation often confuses those involved with traffic and transportation planning as traffic modeling is most often referred to as traffic ‘simulation’ (as it should be). Artist’s concept also shouldn’t be used because this isn’t the artist’s concept, this is the engineer, architect or designer’s concept.

As I have listened to those who have been involved in this industry for the longest, there is one word that seems to be the most consistent- visualization. When you think about it, this word should be used as it is absolutely accurate. This isn’t design. This isn’t animation (although it could be). This is making design data visual.

Visualization in itself is still too broad so tacking on ‘project’ makes it even more descriptive. This term accurately describes this process and I am lobbying for a more consistent usage as much as my voice will carry. I’ve even attempted to trim it down to just ‘provis’ since the phrase is so long, but I think the jury is still out as to whether or not provis will stick.

Outside of the engineering/architecture/construction industries, project visualization probably isn’t descriptive enough (just Google it to see why), but within these types of projects the use should be clear and void of confusion.

As I contemplated what to name this website and podcast, I considered many things, including project visualization and provis. As mentioned previous, these weren’t descriptive enough in competition with the entire Internet so  I went simply with Civil FX (civil engineering + special effects). I feel that this is broad enough to incorporate project visualization as it currently stands while still exploring the incredible possibilities of utilizing the research and progress of the special effects and video game industries.

Join me in helping spread the word… the right word.