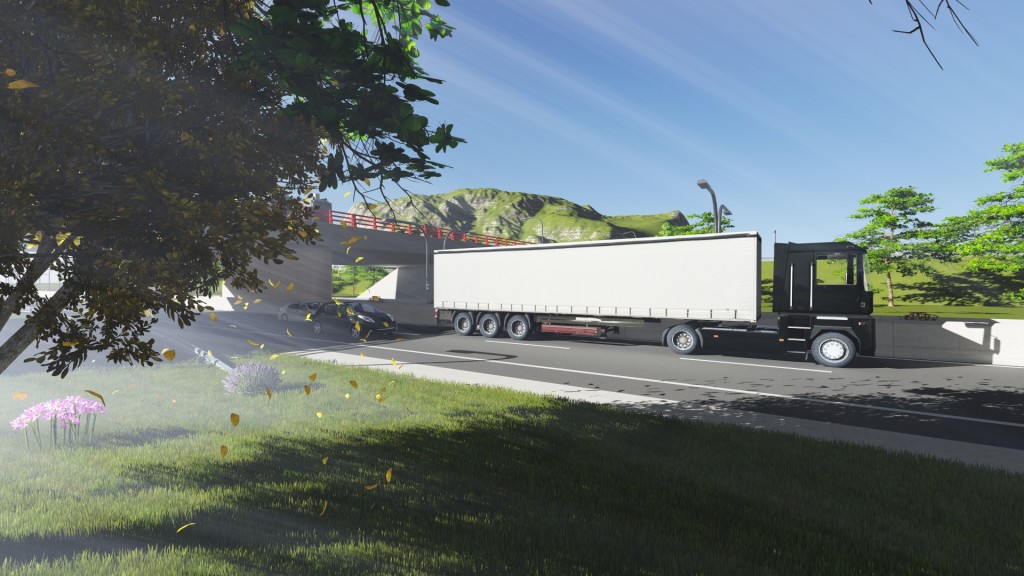 [Note: This isn’t a comprehensive review of Lumion 5 but rather focusing on the upgrade from Lumion 4.5]

Lumion 5.0 is hot off the press and I’ve been lucky enough to nab it early and have been playing with it for the past week or so. Depending on if and when you already have purchased Lumion, just upgrading could be over $1000 (USD). So, is Lumion 5 worth the upgrade? Join me as I highlight the important features and them wrap it up at the end to help you determine if this upgrade is right for you.

The most important parts of this upgrade will be specific to you and your industry. If you are a landscape architect and use Lumion on a daily basis, the dozens of new flowers and trees will probably be worth the upgrade in itself. I personally was excited about the mass placement and movement as I am often interested in animating a lot of traffic.

Material highlights are a nice touch.

The mass movement, on the other hand is more of a mixed bag. Yes, it is great to be able to set a path and have traffic just continuously move. It even regenerates cars at the front of the path so it is a constant loop of cars and you can set the speed which is something Lumion has never offered before. However, this path can only be in straight line and you can’t have the traffic stop for traffic signals and such and these are major limiting factors. Mass movement is essentially only useful for concept, demonstration or other very rare scenarios. Real roads are wavy and change vertically and you will still have to hand animate these with the advanced move tool. Hopefully we can get a editable, non-linear path as part of the 5.X upgrade, so I’m crossing my fingers.

Blueprint makes everything a black and white grid except glass, which turns blue.

The material editor has completely changed. I love the new materials offered such as leather and plastic but I’m personally not a fan of the new layout. I understand that they are trying to put the most important, most used tools and buttons in front of you and hide the lesser used features, but it feels like I need to spend many more clicks just getting my materials right. This isn’t a deal breaker and something I will probably get used to, just a little frustrating.

The additions to the library are much appreciated. There are now many more animated people to add to your models and these have more ethnic and cultural variety than previously available. You also get a few unique characters such as a man in a wheelchair and one doing pushups which could be fun. I would still like to see the ability to change the colors of the clothes and switch out accessories, but I understand that this is difficult to pull off. There are already more trees, bushes and flowers than I know how to use so I’m not the one to ask how great the new additions are but I’m always glad for more variety.

Just some of the new Characters in Lumion 5

The makers of Lumion claim that this version of the software can render 2x faster than the previous version. This could probably be tested if you carefully recorded the render time of a scene in 4.x and then imported that model and re rendered the same scene and tested the times, but I’ll just take their word for it. Time is money!

Most of the other changes involve render effects and styles. I’ve included several renders in this post of the same scene with different effects applied for your comparison. These are nice and can give an artistic touch to your work, but I have also wondered if sketchy styles are still as popular as they used to be. Will clients really be asking for the oil painting look in a few years when rendering is even better and more affordable?

I am a fan of the newer style effects such as blueprint and material highlight. If tastefully done in moderation these could really tell the story of a project even better. The volumetric lighting probably doesn’t have the same type of applications in civil engineering as it does in architecture, but kind of a cool feature and a step towards reality (if not hyper-reality).

Is Lumion 5 Worth the Upgrade?

Depending on your industry, Lumion 5 could very well be nothing more than an evolutionary  upgrade. There are a few exceptions to this, however. The first is if you use  Lumion every single day. If this is the case, the sum of all of the upgrades will be worth the cost, pretty much regardless of your industry. The other exception is if you purchased Lumion 4.5 in the past few months you will qualify for an upgrade for only a few hundred dollars (USD). Take advantage of this!

The features that I think make the upgrade worth it are the expanded library (especially the people) and the mass placement. The additional materials, the effects and the mass movement are also nice, but not game changers to my workflow.

And finally, a better look at all of the new features from the makers of Lumion 5.

Lumion 5.0 Preview from Lumion on Vimeo.

If you have any questions about Lumion 5, let me know in the comments. If enough of you have the same questions I may make a video explaining features more in depth.

Sign up for Civil FX updates and receive a free PDF mini-guide here.