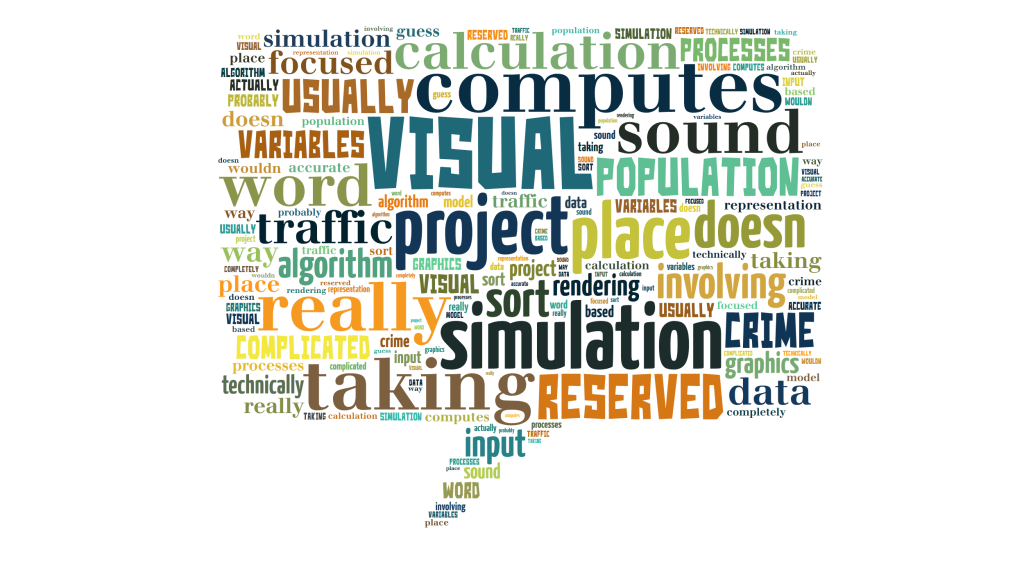 What is a Visual Simulation?

Most industries have some sort of problem with semantics. It isn’t American Football, it’s Soccer (or vice versa). We might say Kentucky Fried Chicken but we really mean healthy chicken that is sometimes fried but also often grilled. Is it a drone, UAV, quadcopter or all of the above?

The issues with terminology in 3D visualization are common and often documented here at Civil FX. It was years before I was sure exactly what to call this stuff. Even in the beginning of the Civil FX podcast I bounced around between project visualization, proviz and then finally landed on 3D visualization.

So I’m personally empathetic to others that have different names for what I do. Not only are they using the terminology they are most comfortable with, but they are also sometimes accurate terms.

While these terms vary depending on the person, time and place, today I’m focusing on one that is particularly interesting- visual simulation. I’ve heard this several times over the past few months and it has made me wonder if it is a misspeak or a correct description. I’m leaning towards visual simulation being a term that is describing what we typically call 3D visualization, but am reserving the possibility that it could mean something else.

Let’s break down the possibilities of what visual simulation could mean.

When you say ‘a visual simulation of a project’, it really doesn’t sound that out of place. Simulation is a word most often reserved for some sort of calculation involving computer computation. This could be a  population simulation, traffic simulation or even crime simulation. Usually an algorithm takes input data and computes a computer model based on those variables. Visualization is almost completely focused on the visual side of a project, but I guess when you are rendering 3D graphics there are complicated processes taking place. In this way you could probably, technically call 3D visualization ‘visual simulation’. I wouldn’t, but I can see where it could actually be an accurate representation.

Now this is where I actually like this phrase. Blending traffic simulation data (usually from something like Vissim, Synchro or Corrsim) with 3D visualization has been proven to be possible and is an aspect of visualization that Civil FX is pursuing actively both in processes and even (eventually, perhaps) proprietary software. To be able to tell a client or project manager that the 3D traffic they see in your virtual world is based on actual simulation data is another level of engineering accuracy. It also solves problems of time consuming animation.

There is no right answer, of course. If both parties understand what is being discussed, pretty much any term can be used.

However, for the sake of our industry, cohesion and consistency will go a long way in helping us gain more attention and traction towards ubiquity in 3D visualization for civil engineering projects.